Cadence loves to pretend to be “Grump Cera”, a baby dinosaur from the movie Land Before Time and she’s got it down! For over a year she’s focused on this one character, honing her dinosaur skills as she plays. Note how she holds her body, kicks her foot slightly about every 5th step, curls her fingers under with each step, the position of her head and you can’t see it here, but the expression on her face is definately dinosaur-ish. When she’s ‘in character’ she only growls. She is imitating so well.

Remember sticking your tongue out and being amazed when your newborn returned the favor? The ability to take information and make meaning of it is called cognitive development and it grows through experiences and interactions with others. For babies and young children, this involves imitation.

They pay attention to what you and others do and like it or not, they’re going to imitate you when they’re out and about in the world…

I vividly remember a 2 year old at a child care center where I worked years ago. He was frustrated. He was mad. He put himself in a stance with his feet apart and hands on his hips and yelled, ‘F**K!”  He was imitating so well! (Btw, the appropriate response here is “You’re upset! Let’s… [do something to solve the problem]”, not shaming, laughing at or focusing on the word choice.)

When does this begin? How does a little one imitate with such accuracy and detail? 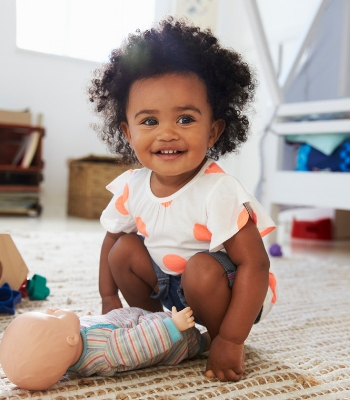 When children role play, use props and enter into the world of make-believe, they are doing some really important things developmentally. First of all, they increasing their attention span (cognitive development). They’re interacting with others (social-emotional development) and they are communicating either with words or gestures (language development). All of these things are associated with academic success.

And besides all that, it’s just plain fun! 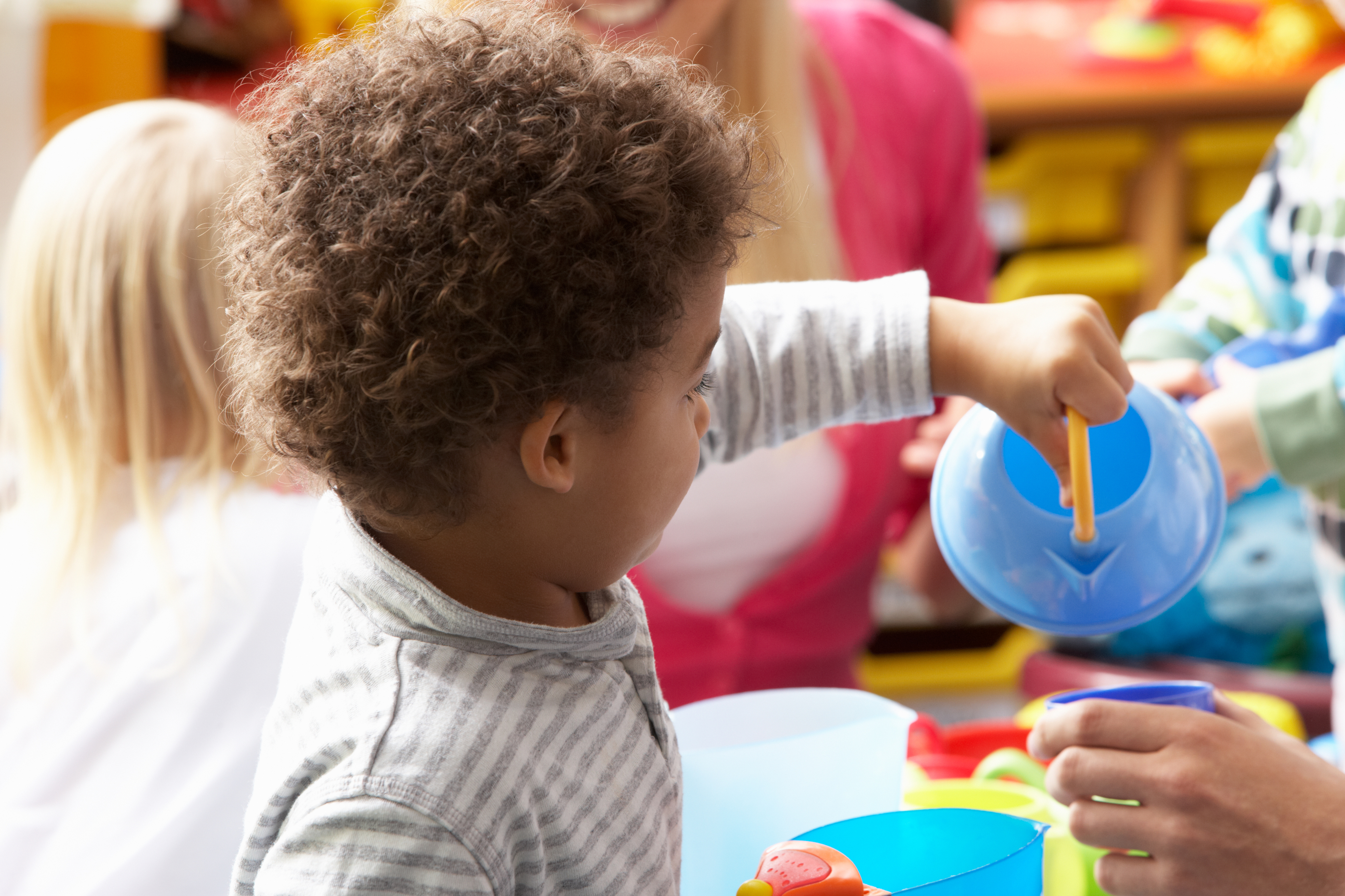 Join in the play, but let him lead.

Let him show you what he’s playing then follow suit. He gives you a cup and pretends to pour something, you pretend to drink it. Always imitate back, extending what your child initiates. He’s the leader when it comes to imaginative play. When he gives you something like a doll and bottle, pretend to feed for a moment then offer it back. They always take it! 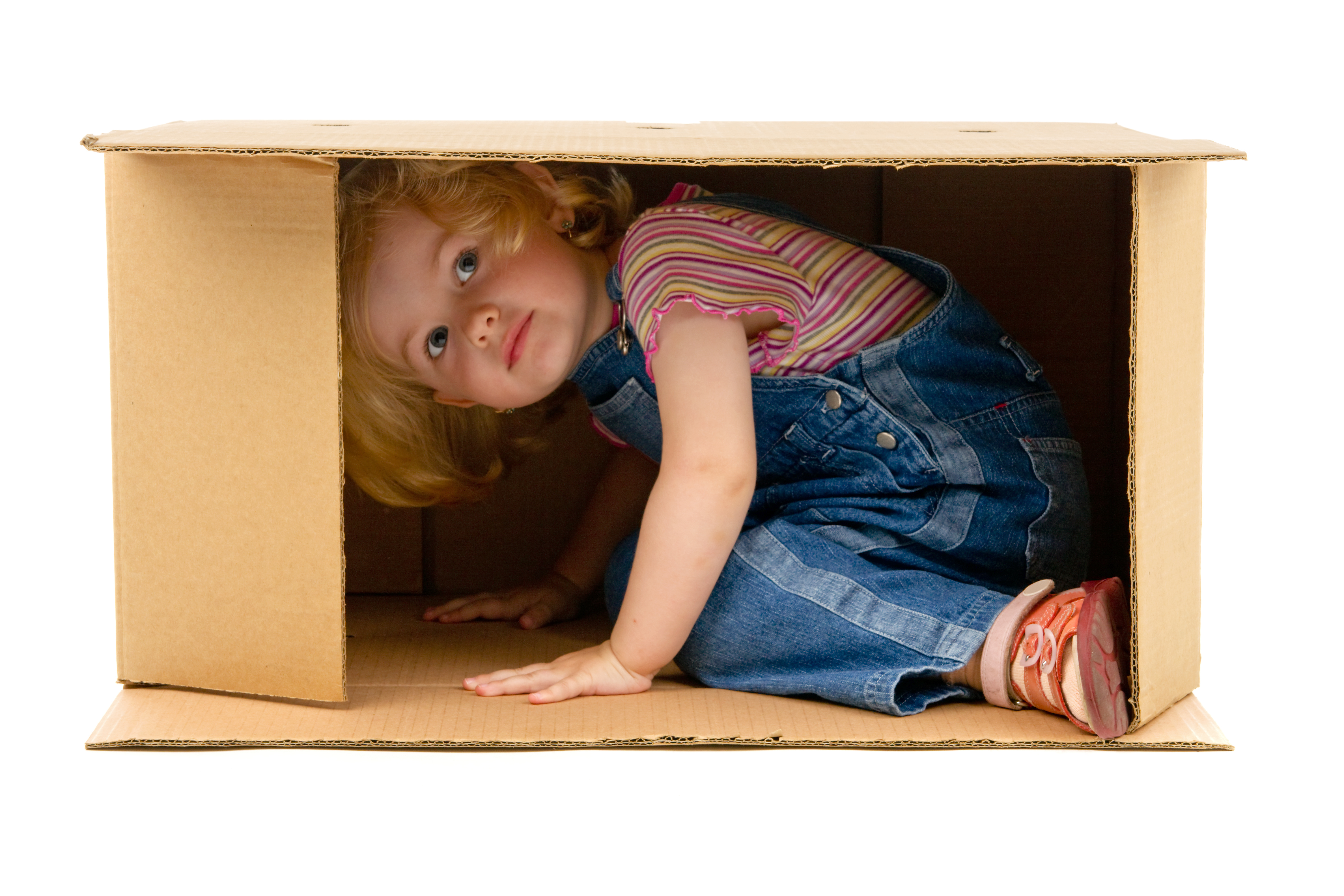 A big, cardboard box can be a house, barn, car, wagon, bed or whatever else your child wants it to be. Some other examples of open ended toys might be a hat, bucket, purse, drapy scarf, cereal bowls or a baby blanket. Try walking around the house with an open mind, looking for things that would be safe to play with and see what you find. Probably lots of stuff! 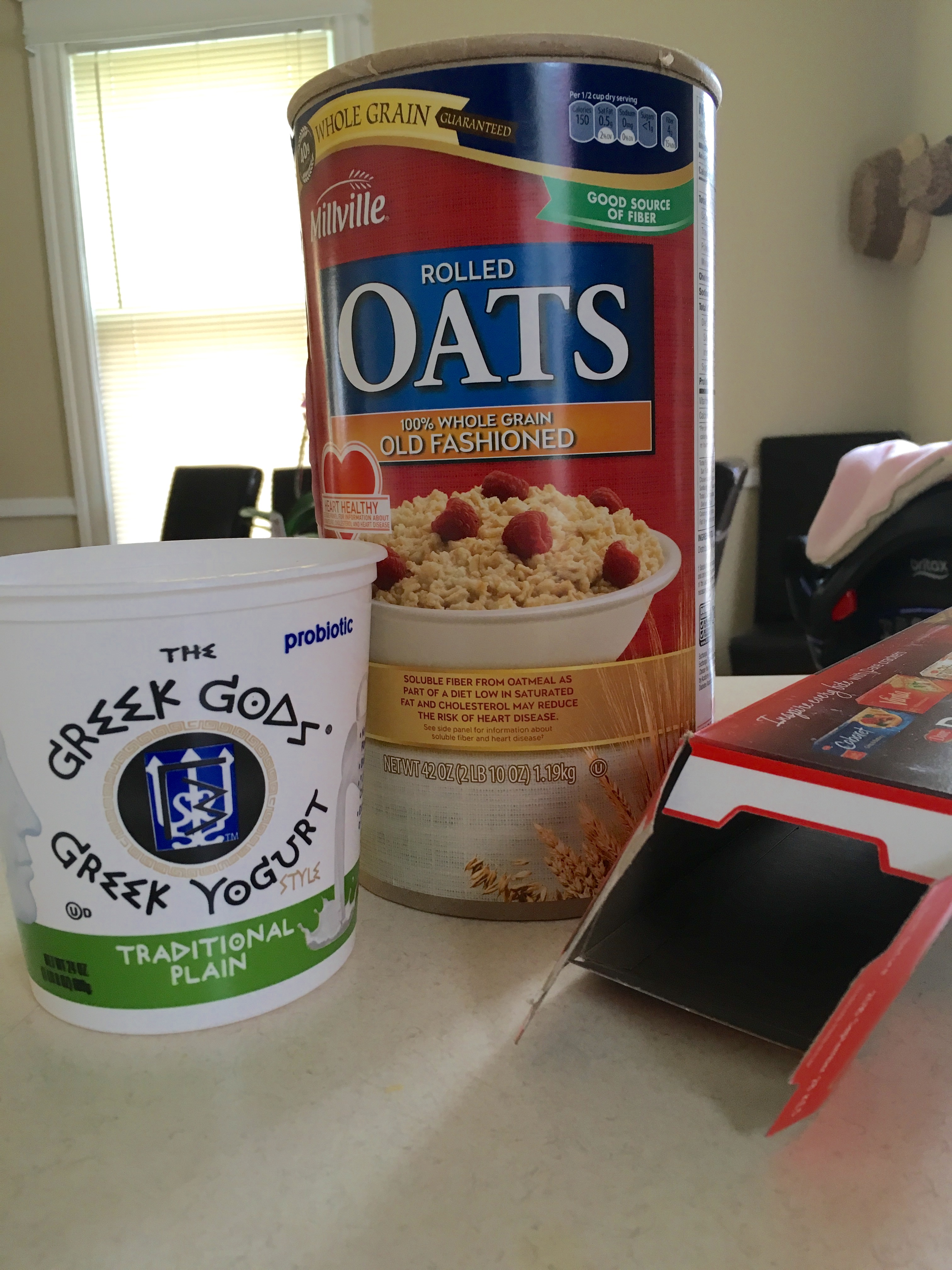 Children will pretend what’s familiar, what they experience every day. Try giving them a set of keys, mixing bowl and whisk, dog leash, measuring spoons, notepad and pen, empty food boxes – things they see YOU using each day. 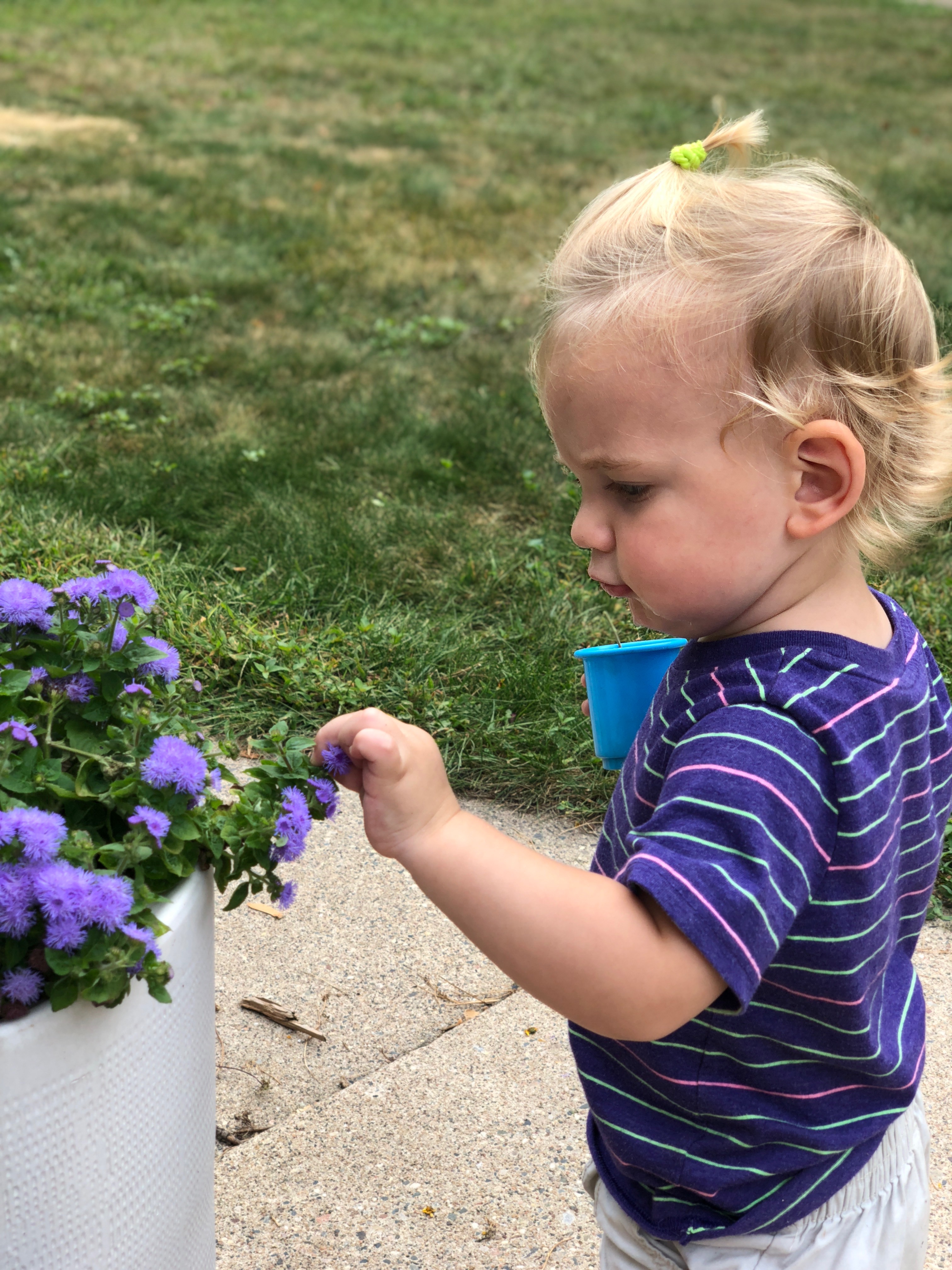 This means open spaces of time where your child plays on his own without suggesting what he could do. Sit together, have plenty of interesting things to do and let him explore. Gently suggest some things to play but don’t make it your job to entertain. Even allow a little time for ‘boredom’ – that’s when creativity kicks in. Boredom-busting is an awesome skill to learn.

People of all ages love to dress up and pretend. Why just a few weeks ago I dressed up as John Lennon for a party along with 3 others who were Ringo, Paul and George – and there weren’t even any children there!

So enjoy the show! Engage in the fun. Be silly and playful – it will give everybody a good laugh.

You’ve got this parenting thing. You are the absolute best for your child – they need you and you need them. A match made in heaven.